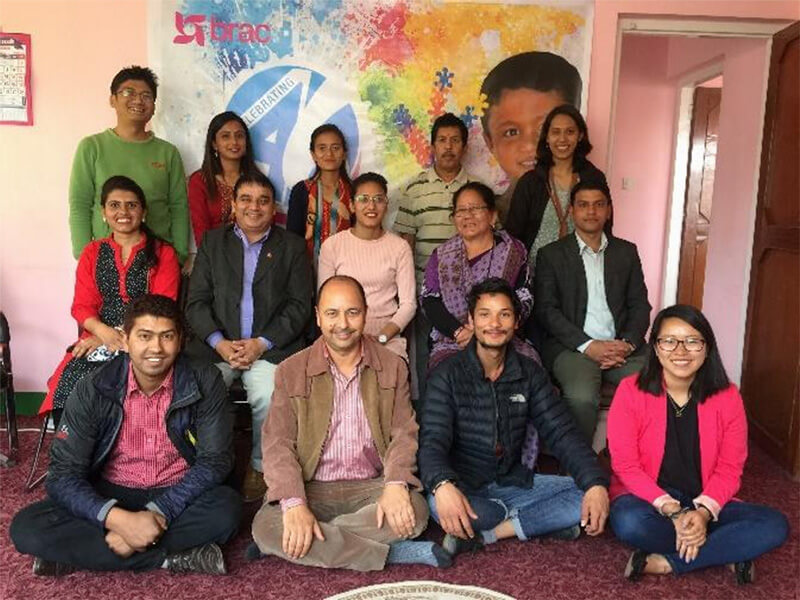 According to history the term ‘Innovation’ appeared around in the beginning of 20th century. Although we can all pretty much guess that innovation has been there (with or without the labels) ever since homo sapiens happened on earth. Same goes for BRAC, right? Fortunately, it was always there from the start, and we’re all enjoying its fruits for decades now: the secret recipe indeed.

The very messy cycle of translating ideas into action that creates value is called Innovation. From the inception of BRAC, innovation has spurred creativity in the organisation, and helped us to explore new and unknown territories in development sector whether it is microfinance, health, or education.

Every year on the last week of March, we celebrate the anniversary of BRAC which is in short known as BRAC day. While celebrating BRAC’s 46th anniversary, we participated in a vibrant panel discussion on “Innovation at BRAC: Then, Now and the Future” with Asif Saleh, Senior Director, BRAC and BRAC International, Dr. Malabika Sarker, Professor and research director of JPG School of Public Health,  and Dr. Ahmed Mushtaque Raza Chowdhury, Vice Chairperson of BRAC, where they discussed the past three decades of BRAC, shedding light on how the organisation has innovated so far, and should innovate in the future. Here’s a glimpse of it. Do we really need innovation?

We know that efficiency is a necessity for organisational success but efficiency alone cannot sustain organisational growth. According to Management expert Peter Drucker “If an established organization, which in this age necessitating innovation, is not able to innovate, it faces decline and extinction.”

Now in BRAC, thousands of hours are being saved on the ground by ensuring simple and frugal uses of tech, using human centred approaches of inspiring staff and clients, which in different stages have proven to be helpful in keeping us relevant in the lives of the people we serve, both historically, and till date.

So today, when often faced with the question “Is BRAC too big to fail?” for a scale this massive, we say we need to take innovation more seriously than any time in history.

Do we need innovations to be Frugal?

Let’s time travel to early 80’s. BRAC was looking for solutions to deliver vaccines in large quantities to rural poultry farmers in hard-to-reach areas of Bangladesh, which required to be stored in cold storages to stay functional. But there were barely many available, let alone affordable. And it seemed impossible to save poultry chickens from deadly diseases.

This is where “Banana Immunization” came up with the cape. Turns out if we could store the vaccines inside the Banana peels, they would stay in the right temperature. And we used Bananas not only to preserve the vaccines under adequate temperature but also to give them a protection to carry them without any fear to break them. What puts together the ‘Enabling Environment’?

Bold ideas can be brought to life with just the right environment at the right time. The culture of asking questions and learning from failures of doing something new leads to more innovation and more success afterwards.

In an Enabling Environment, a top-down approach should be avoided at all costs. The faster the upper management can scout ideas from the bottom of the organisation, the sooner an organization gets a source of competitive advantage, that’s what BRAC has gotten right in the 80s and 90s while scaling up.

Out of the box or not?

Thinking out of the box means thinking creatively, freely, and off the traditional path. If we till the same soil that everyone tills, plant the same seeds they plant and use the same water, we’ll get the same garden.

The point is, the minute we introduce a goal in our thinking, we are welcoming constraints in our way. A 2014 study of Colorado showed the effect of free play and structured play on children’s executive function. We stop thinking sometimes and target just to achieve the goal and goal only and that’s where we stop opening our brains to wild new ideas which can steer the direction of an entire project.