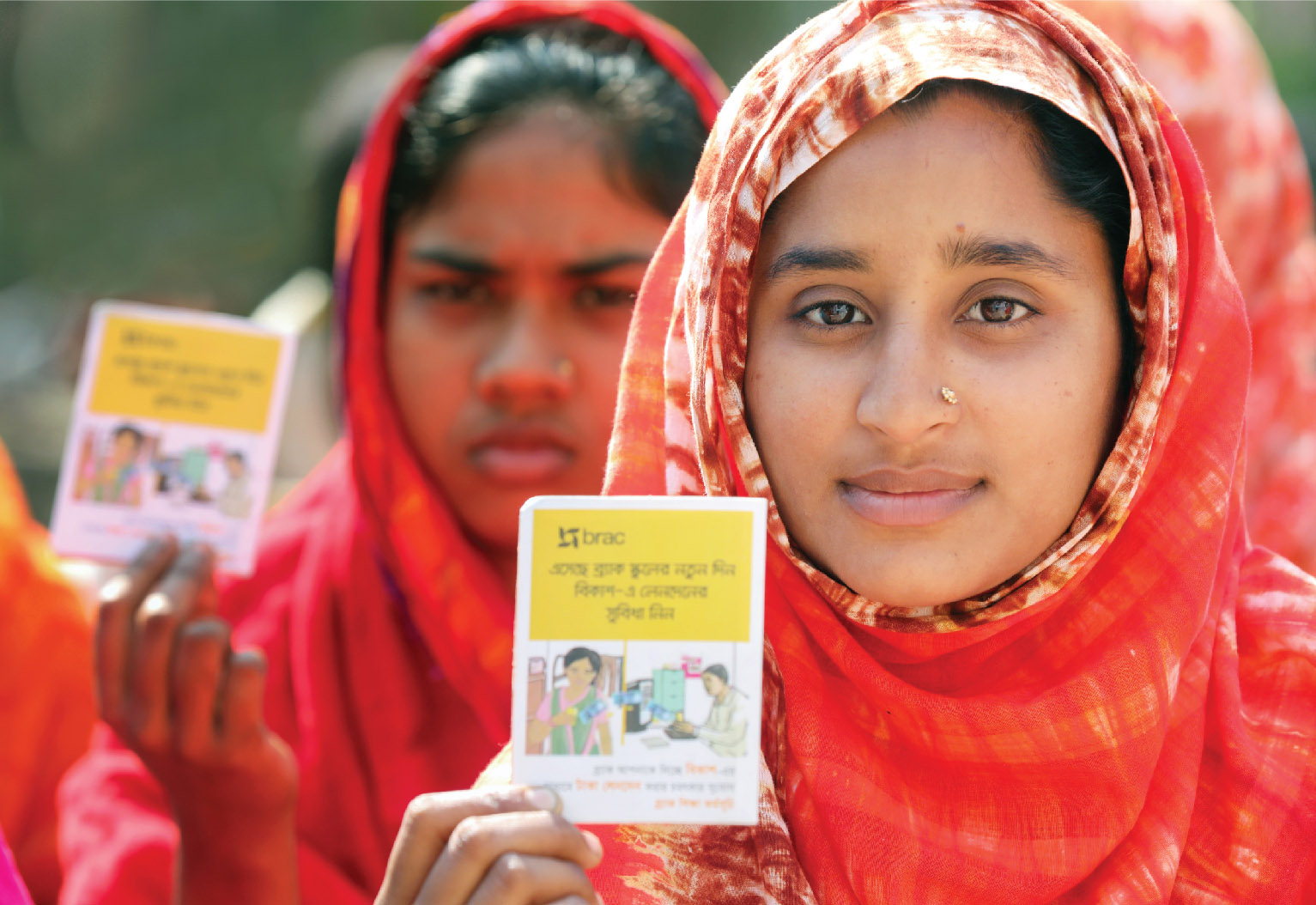 Bridging the gap in
financial inclusion

bKash happens to be the largest mobile money service provider in Bangladesh with tens of millions of clients. It is also a close collaborator of BRAC in numerous projects including the Innovation Fund for Mobile Money project. Consequently, bKash has become a household name in the programme and is used by the clients as synonymous to mobile financial service. For the purposes of this publication, it would be best to consider 'bKash' a synonym for mobile financial service. 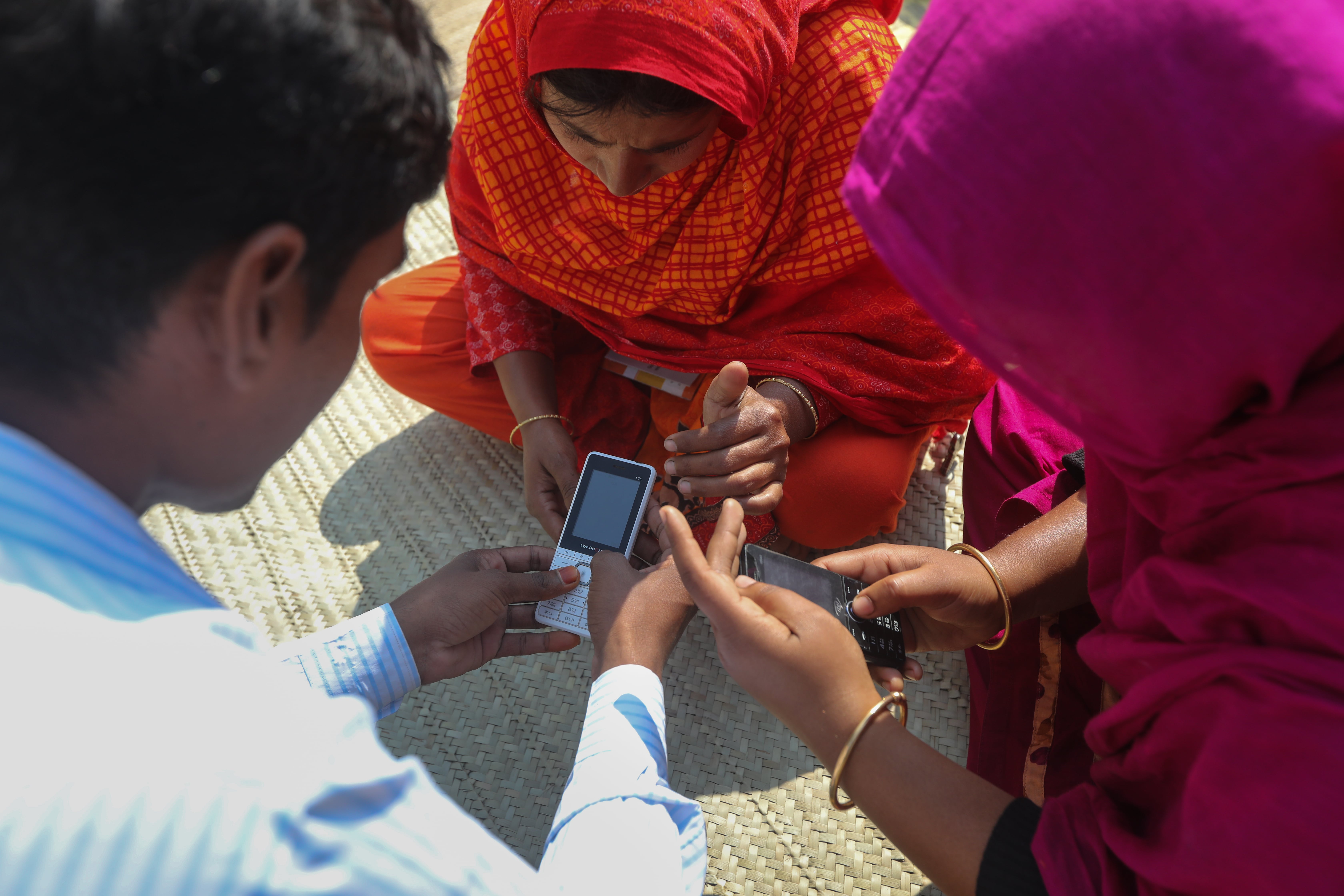 We have dedicated this booklet to the women of BRAC: those we work for, and with. In it, we will highlight three key drivers we have identified behind the persistent gender gap in Bangladesh, and the steps we have taken in response.

It was obvious from the outset that improving women’s access to digital financial services would become a thrust area of the Innovation Fund for Mobile Money. Since the project’s launch in 2013, BRAC Social Innovation Lab has partnered with the Bill & Melinda Gates Foundation to experiment with mobile money services and products. We initially piloted within a number of programmes before deciding to scale our solutions in Microfinance, Education, and Integrated Development. The project has since introduced female clients to mobile money through savings products, salary and school fee collection.

The reason to primarily focus on women was that anecdotal experience and research both indicate that household expenditure on food and education increase when women have greater control over income. Further, women are more likely to save and use those savings to invest in their own businesses and in a better future. And the benefits of closing the gender gap in financial inclusion don’t stop with women or remain limited to the present. Greater equality also enhances economic productivity and improves development outcomes for the next generation.


This booklet is our fourth in a series documenting the experience of scaling mobile money. And this time, we have dedicated it to the women of BRAC: those we work for, and with. In it, we will highlight three key drivers we have identified behind the persistent gender gap in Bangladesh, and the steps we have taken in response. We will describe how our female staff and clients have tested, adopted, and (most importantly) adapted mobile money in ways that make sense for them. And we will share our observations of the power of women in acting as agents of change: how progress towards financial wellbeing is not limited to just a single client opening a wallet, but ripples outwards to encompass families, communities, and economies.

bKash transaction within BRAC in 2018

teachers get salary in their mobile wallet

extension workers trained on bKash in 2018

staff members trained on bKash in 2018

cashless payment for lunch at headquarters

health workers to get paid through bKash by end 2019

clients in remote shoals and wetlands

As recently as two decades ago, Bangladesh’s rural north was riddled with poverty and experienced monga (famine-like situation). The south was ravaged by cyclones. In the north east, transportation by boat was the only option for almost three quarters of a year. The West was far from what we mean by the global ‘West’. However, progress spread quickly across the country in the form of concrete roads, resilient crops and affordable medicines. Bangladesh is now poised to become the 26th largest economy in the world by 2030, lifting millions out of poverty in the process....


The economy has changed, and with it life. In an age when tens of millions own cell phones, mobile money has spread like wildfire. The percentage of Bangladeshi adults with financial accounts rose from 31% to 50% between 2014 and 2017 — a gain almost entirely due to a 20% increase in bKash mobile money accounts. bKash was the first mobile money service and continues to control a vast majority of the market. There are currently 35 million bKash users in Bangladesh with monthly transactions as high as USD 2.86 billion (February 2019).

The unprecedented triumph of mobile money notwithstanding, there was a snag — women were being left behind. Other than in the bustling cities, women were hardly integrated into this thundering juggernaut present in digital finance. The Global Findex shows a gender gap of 29 percentage points in financial access, which is significantly higher than the global average of 9 percentage points. This contrast in access to financial services poses a stumbling block to integrated development. And Bangladesh is not alone in its struggle to close the gender gap.

Sirajum Monira is all smiles all the time. That is also one of the reasons she is blazing the trail in getting women to open mobile wallets

Building confidence at the grassroots

Sharmin Akhter never had much use for a mobile wallet before it became compulsory to pay her son’s school fees. She has been a regular user since then 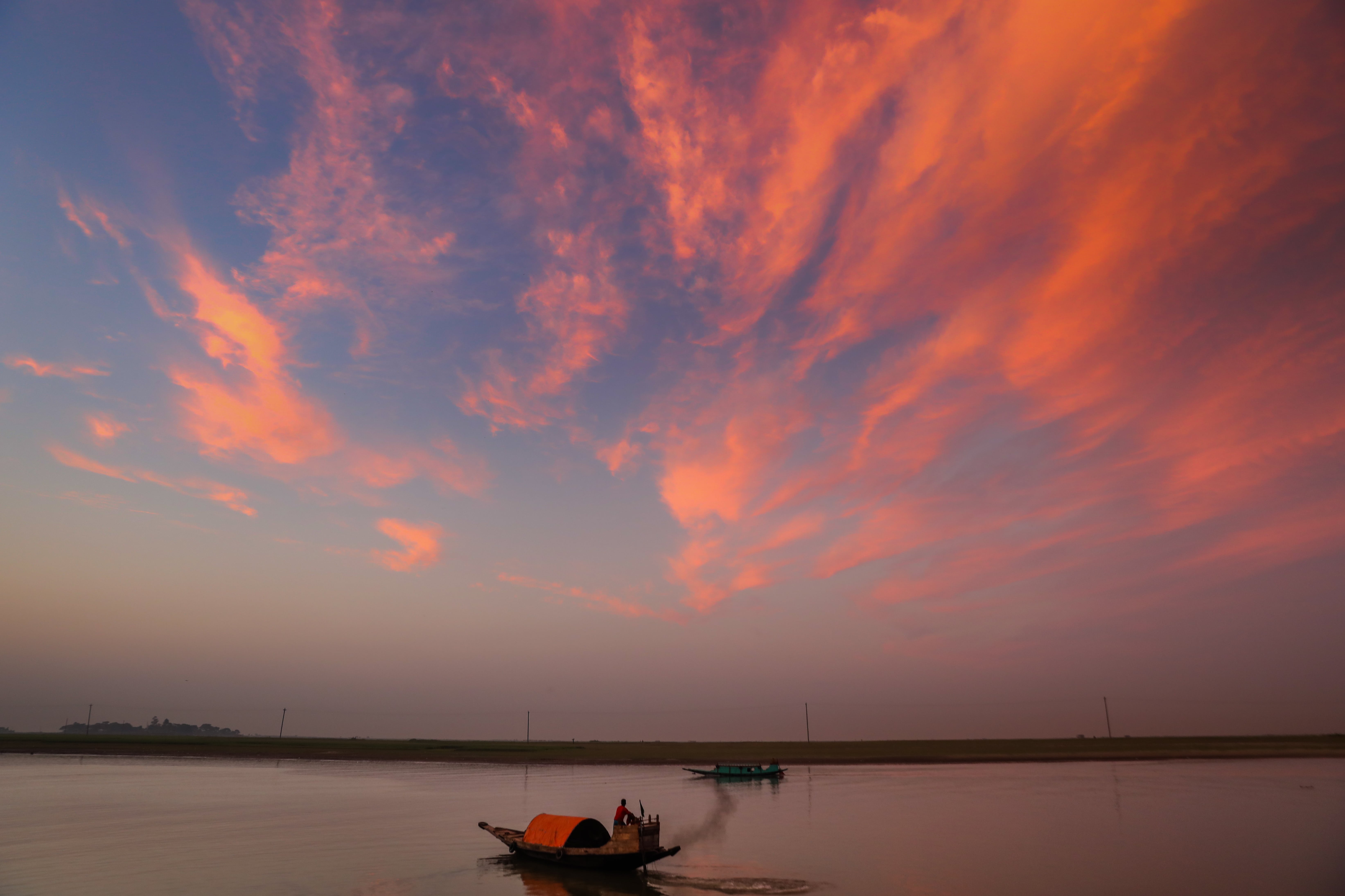 It is widely accepted that financial inclusion is key to reducing poverty and achieving inclusive economic growth. Yet, the Global Findex shows that as of 2017, about 1.7 billion adults remain unbanked - without an account at a financial institution or through mobile money. Globally, half of the unbanked adults come from the poorest 40 percent households of their economy. Of the unbanked, 56% are women.1 In developing nations like Bangladesh, Pakistan, Jordan and Nigeria, cultural norms play a role, limiting women’s access to accounts and agents.

Studies find that women’s usage of mobile money is linked with improvement of their household’s earning potential and future wellbeing. Research shows that in both Indonesia and Tanzania, women micro-entrepreneurs encouraged to open mobile savings accounts reported having greater household decision-making power than those who did not have mobile savings.

A study in Kenya demonstrated how mobile money enabled women-headed households to increase their savings by more than a fifth, allowing 185,000 women to start up small businesses.

Having recognised the significance of women’s financial inclusion, initiative is being taken across the world towards closing the gender gap. In Pakistan, Karandaaz recently collaborated with GRID Impact to design a smartphone application for mobile money specifically for women. With the understanding that cultural norms in Pakistan limit women’s travel, the interface included audio instructions which allows them to use the app from home. In Andhra Pradesh, women were found to be more comfortable transacting with female bank agents, providing an incentive for financial institutions to actively recruit female business correspondents to expand their client base.

Pathway to reach a million clients 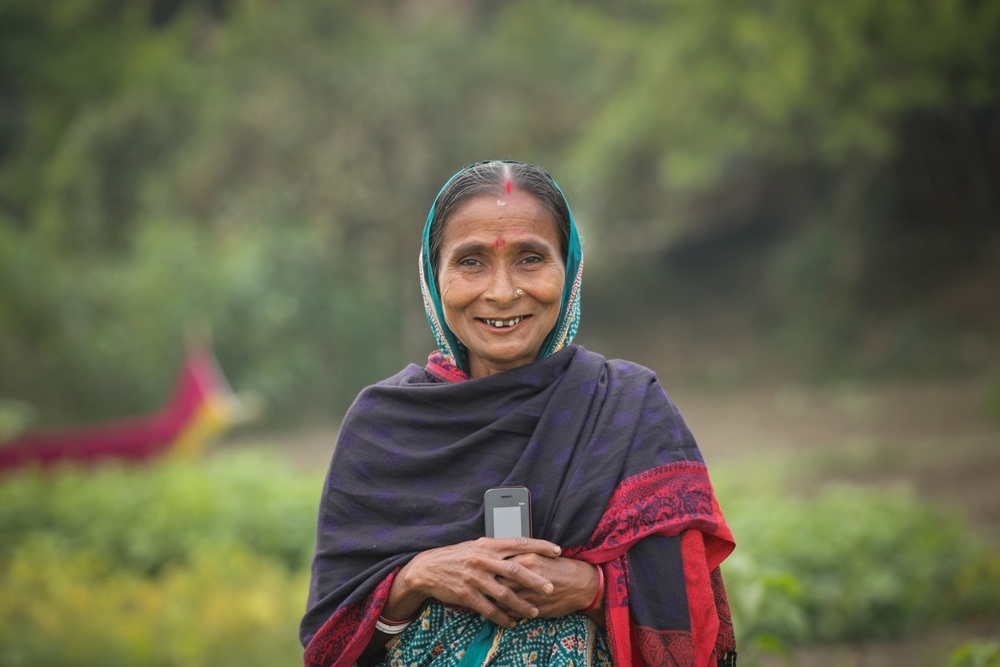 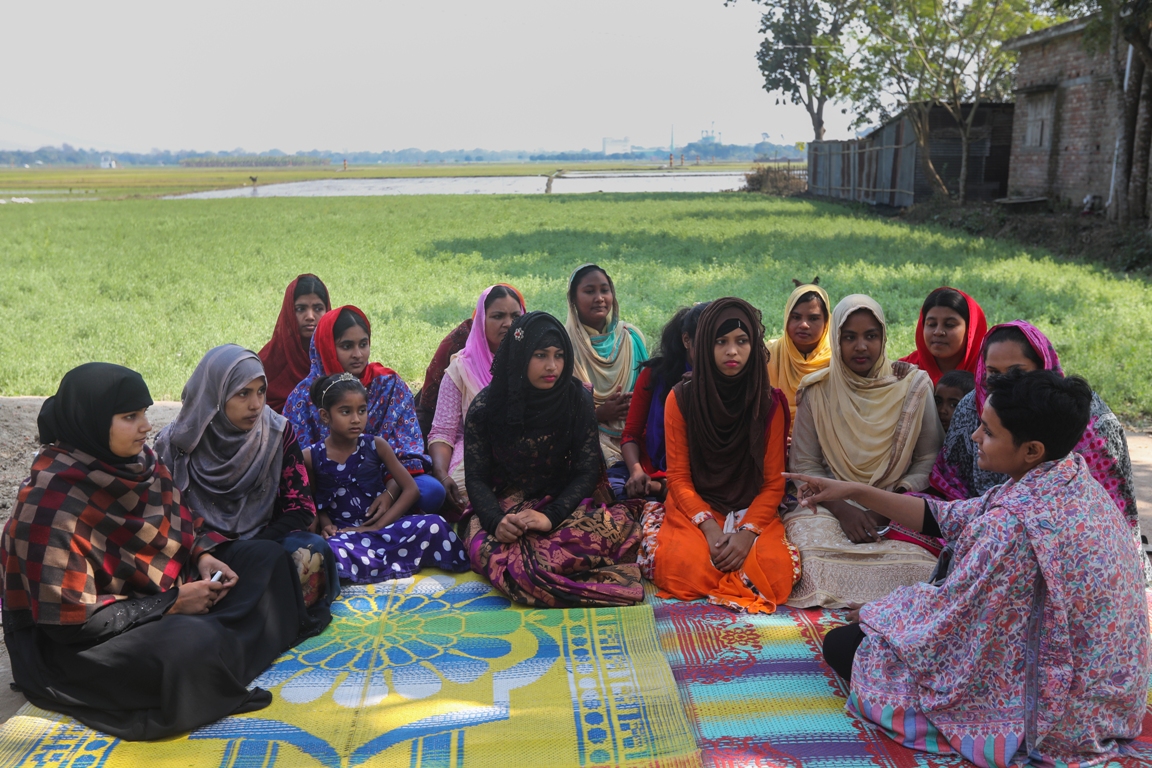 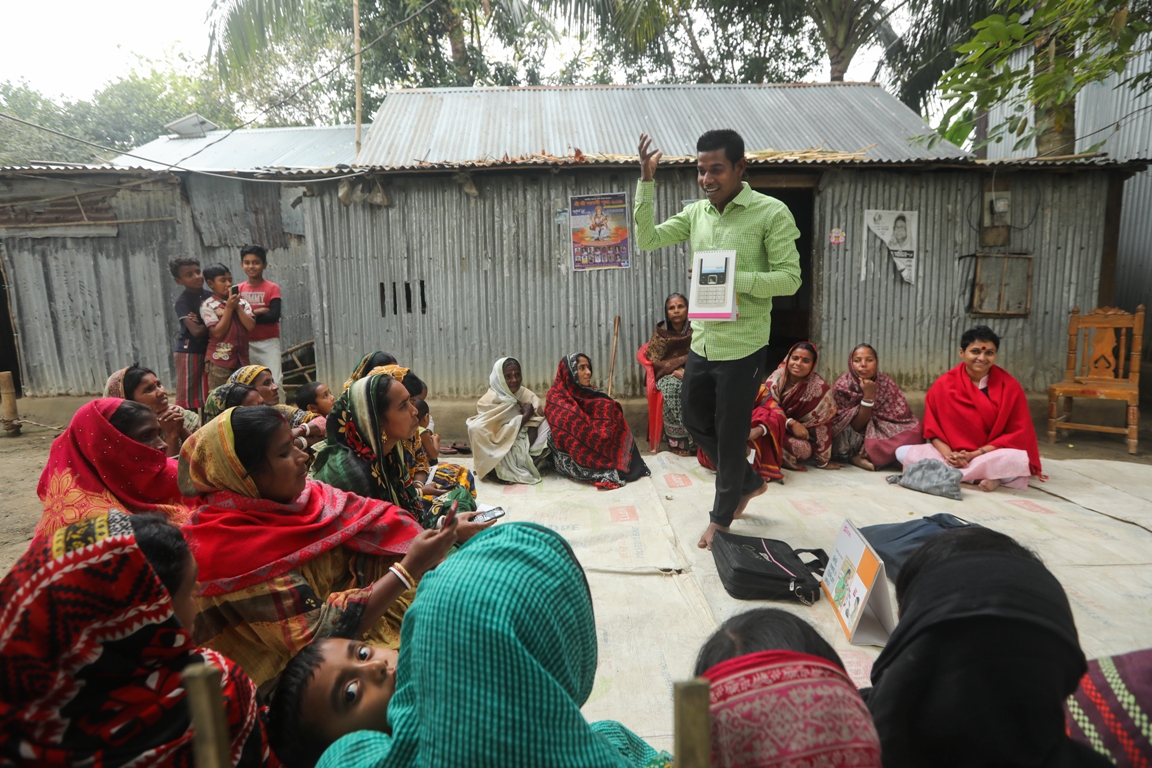 Provide hands-on ‘teaching’ rather than ‘lecturing’

5 days for a lifetime of change 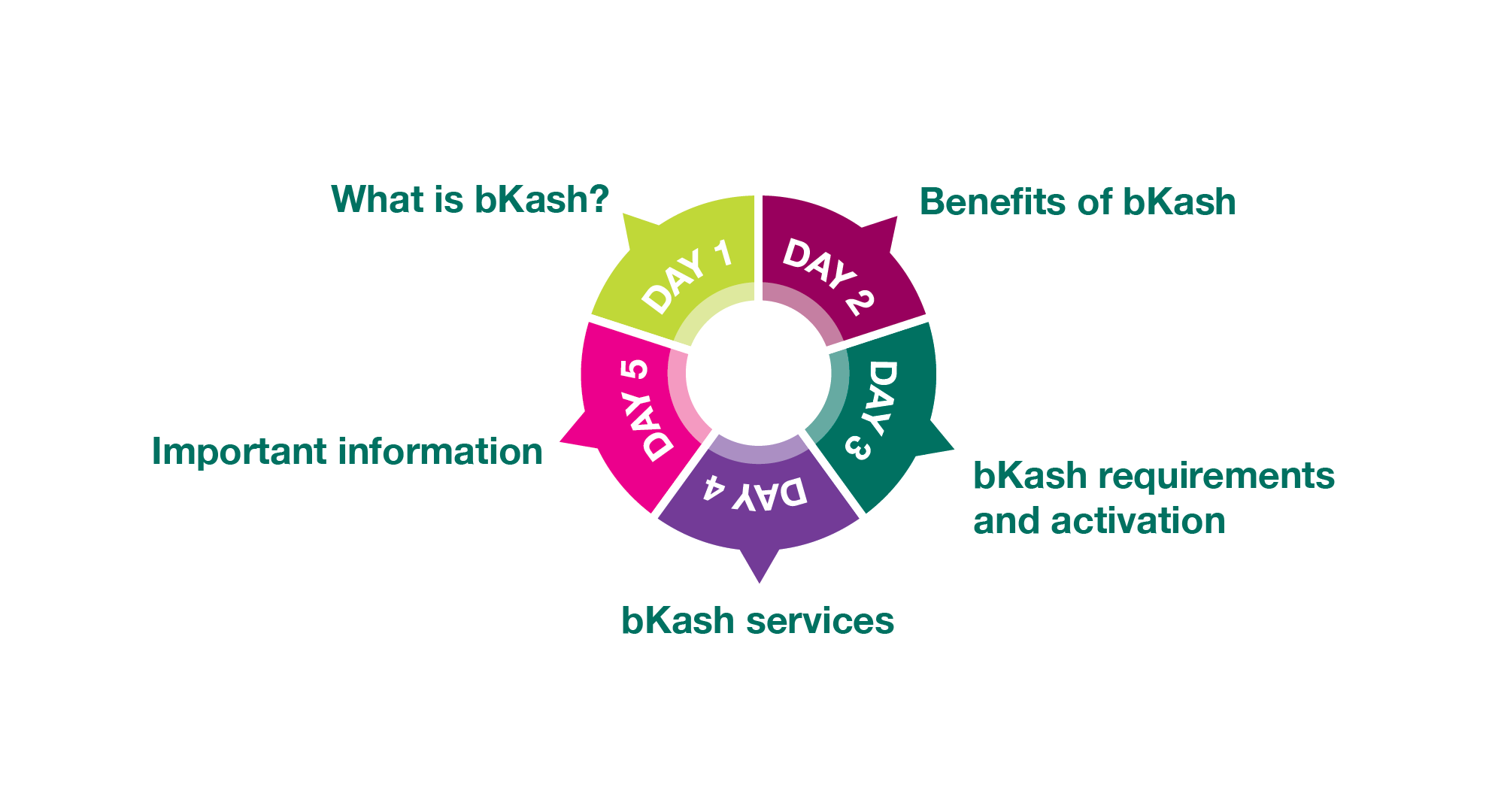 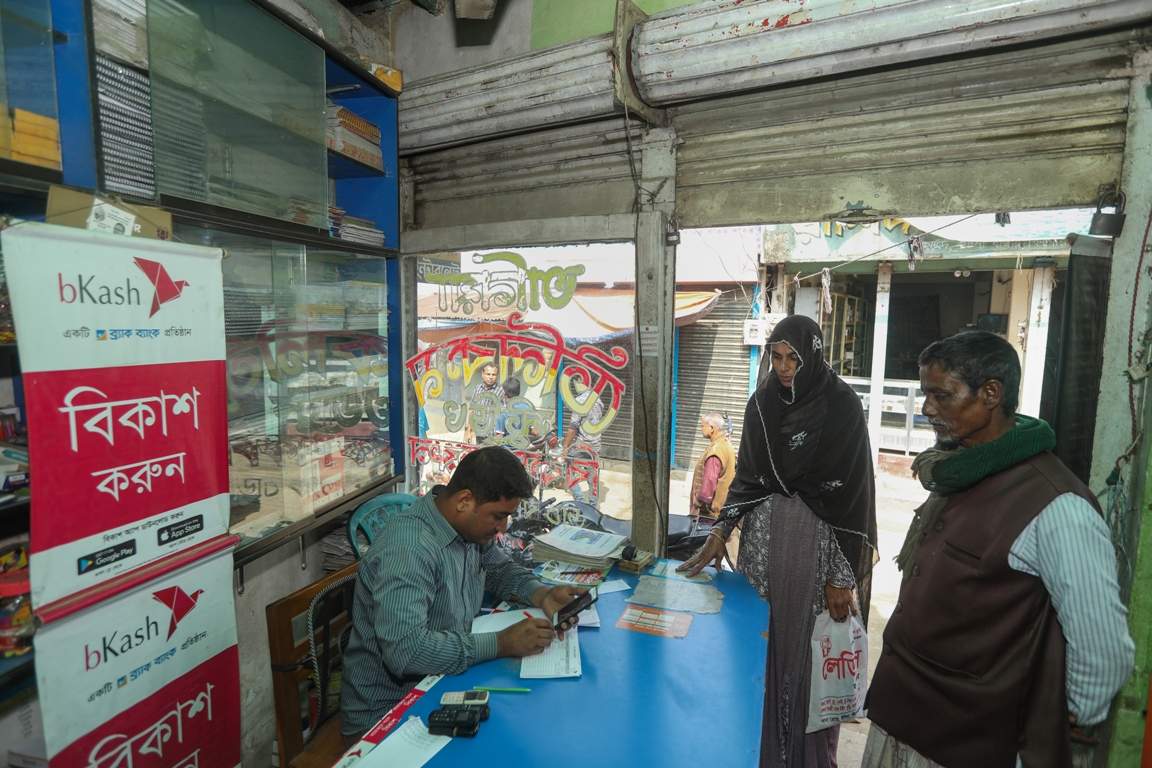 Women are often tasked with managing household financial transactions such as paying bills, receiving money, and buying goods and services, even when they don’t have access to formal financial institutions. It should be no surprise then, that once BRAC clients gained the confidence to use mobile money, they quickly began to explore possibilities to make their lives more convenient and financially secure.

Research shows that mobile money lessens risk of significant financial shock through access to remittances and lending within a group. Direct disbursement also provides women with a certain level of privacy and autonomy to reinvest funds as they deem fit.  When women become financial decision makers, savings increase and labour force participation improves.

The CSA app looks simple. Deceptively simple. Building it was not so at all.

My name, my real name is Aegon Targaryen

Afloat with a mobile wallet

One mobile wallet made a world of difference for Himadri Sarkar

Nazma Akter realised the usefulness when she needed funds for treatment

At the tip of the fingers

One of the 23,000 BRAC teachers, Hashi Ara was quick to learn bKash